Our story from GRAZ, AUSTRIA

The Office of the Styrian Government, as project partner, and the City of Graz, as associated partner, continued their long-established close cooperation regarding flood risk management within the RAINMAN project. A joint analysis of the special challenges in heavy rain risk management in Graz laid the foundation for the development of RAINMAN activities. The focus was set on developing and testing risk management approaches regarding risk assessment and mapping, risk reduction measures and awareness raising. It was considered of special importance to involve institutions in charge in heavy rain risk management in the activities to ensure, that the results will be taken up for future actions.

Graz is situated at the south-eastern edge of the Alps in the federal state of Styria. It is the capital of Styria and the second largest city of Austria with about 300.000 inhabitants. The UNESCO has declared the historical city centre as world cultural heritage. The city covers an area of 127 km². A chain of hills in the West, North and East surrounds the city. The main river is the river Mur, which divides the city into a Western and an Eastern part. There are 52 named streams. Most of them are flowing into the Mur, some of them have no receiving water and some of them are draining directly into the sewer system. Due to the natural landscape conditions, heavy rain events cause a complex type of flooding (fluvial, pluvial and sewer flooding). The main cause for heavy rain events are thunderstorms during the warm season. In the RAINMAN project the work was focused on five study areas within the city (Annabach, Stufenbach, Stiftingbach, Katzlbach, Schloss Eggenberg).

Many heavy rain events are documented for the City of Graz. In this context two events shall be presented: one historic event – where around 70% of the annual precipitation was recorded within a three hours time period, and one recent event – which occurred in 2018.

In July 1913 an extraordinary flood event occurred. Within only 3 hours 600 mm rain was falling and has caused devastating damages. Especially the streams Krois-, Stifiting- and Ragnitzbach in the Eastern part of the city have been affected. Log jams have worsen the situation. Bridges and houses were destroyed. Two people died in their basement apartments.

In April 2018 Graz was hit by a convective cell which caused heavy rain and local flooding. Not only in the city center but also in the wider area around Graz, the fire brigade had to tackle with sewer flooding, flooded underpasses and flooded cellars. For example, the basement as well as the underground park of the shopping center “Citypark” in Graz were inundated.

The City of Graz has suffered from severe fluvial floods in 2005, 2009 and 2013. Immediately after the first event, the so-called “Special Programme of Measures – Streams of Graz” was established in order to enhance the flood risk management in the city. Since that time, numerous, especially structural measures, have improved the flood safety in the city. Emphasis was put on fluvial flooding, accompanied by single activities regarding pluvial floods, such as a flow path map for the whole city.

RAINMAN supported the local stakeholders in getting a more holistic view on pluvial floods. With a heavy rain risk check we initiated an interdisciplinary discussion about “How well the City of Graz is prepared for pluvial flood events?” RAINMAN took up the request how to identify endangered areas considering the complex flooding situation in Graz in case of heavy rain events. A combination of scientific contribution and practical application was used for the assessment and mapping of heavy rain risks for five selected study areas in the city. To derive right conclusions for heavy rain preparedness, we developed in a first step a general toolkit for emergency response planning. The toolkit was then applied for the five study areas. As a result, specific action plans and an improved alarm and warning system are now available. 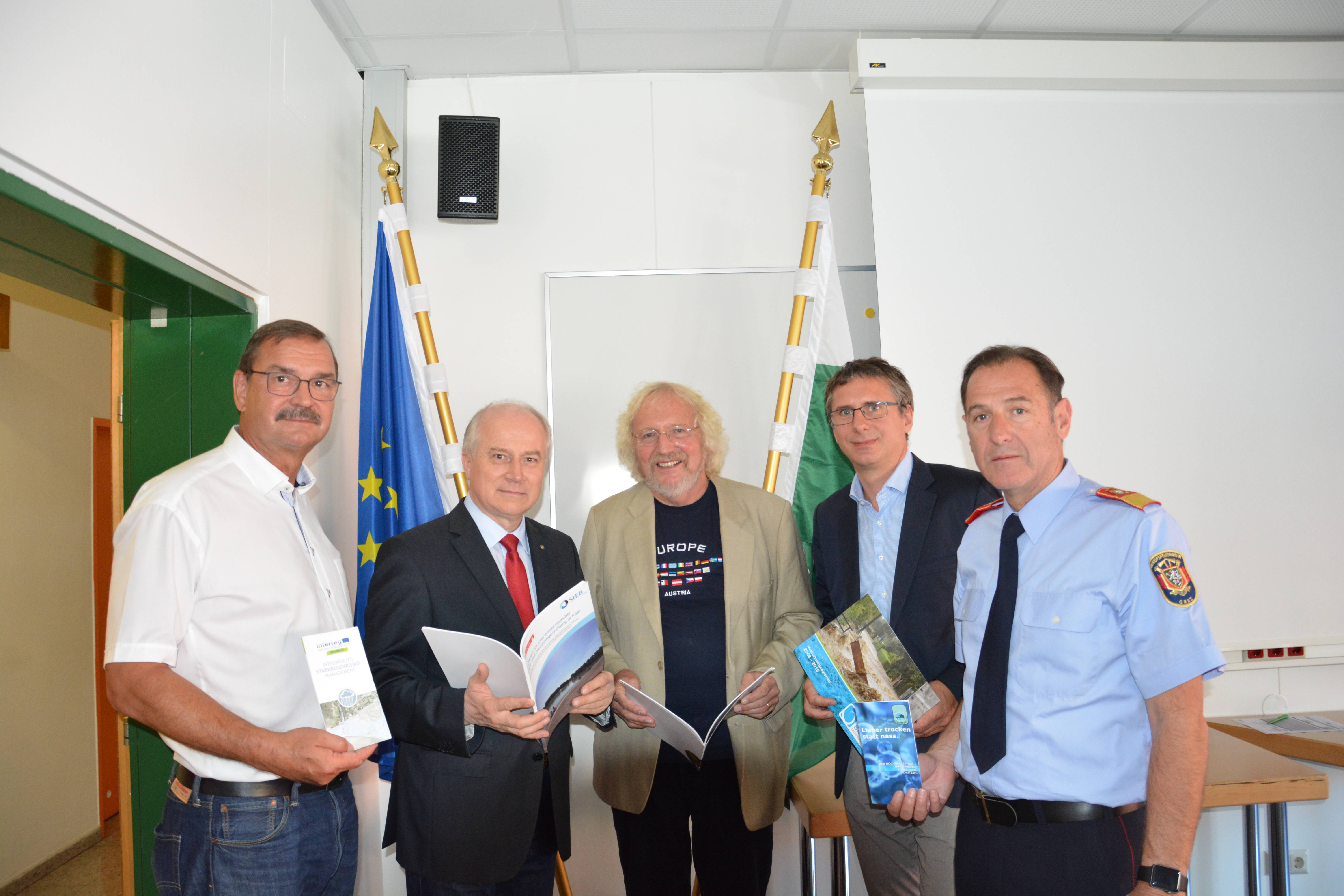 – “How well the City of Graz is prepared for pluvial flood events?” 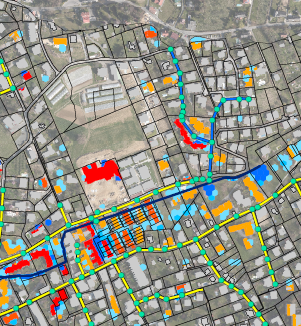 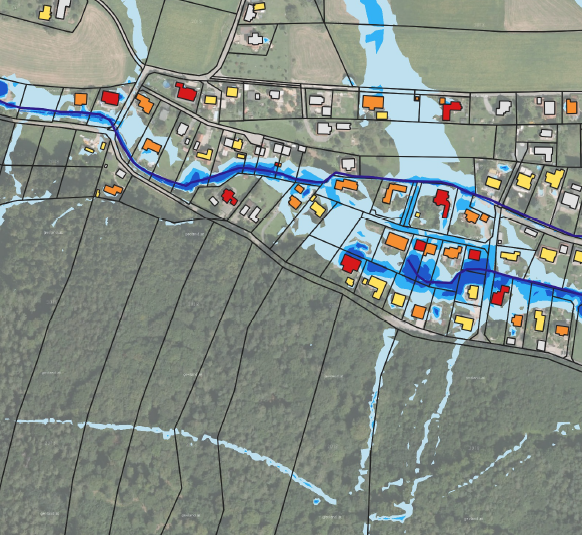 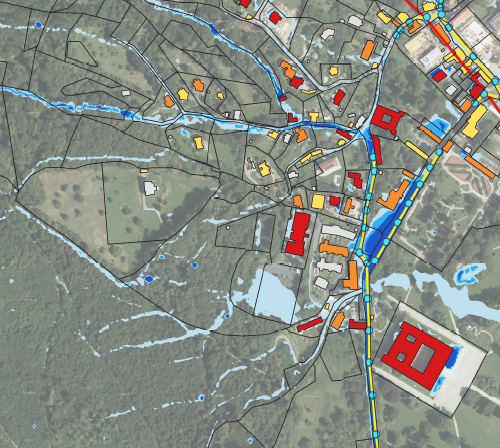 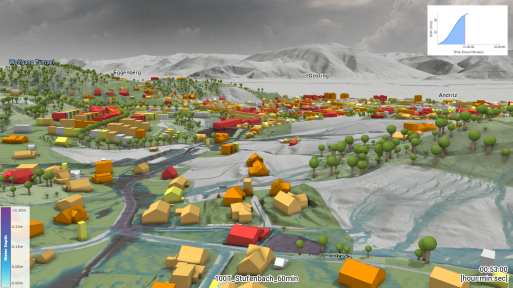 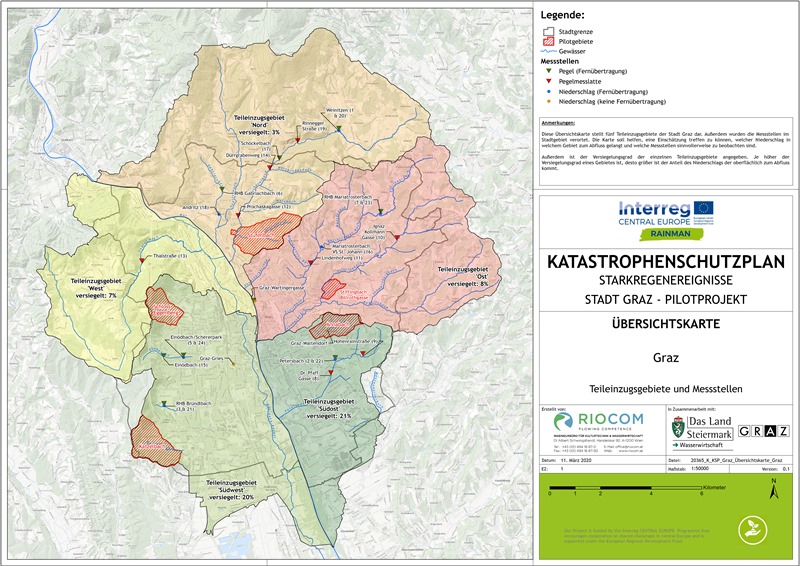 for selected study areas in the City of Graz 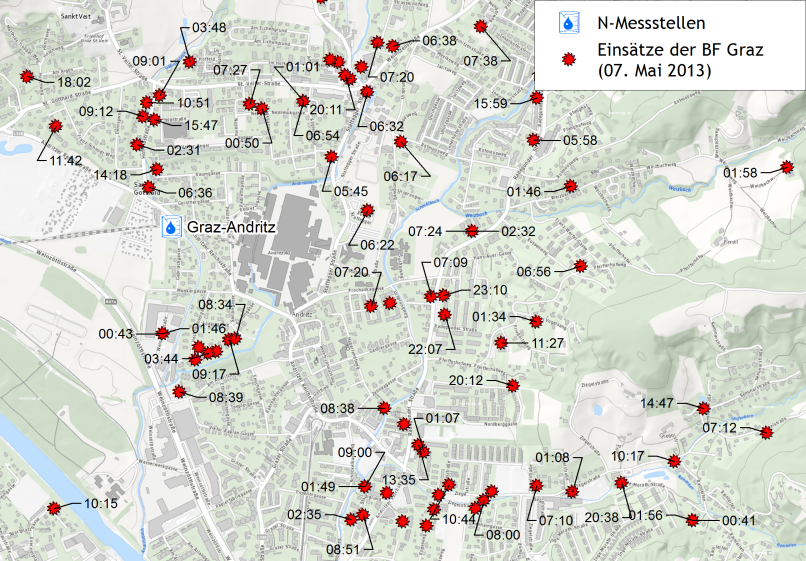 The guideline represents a tool for the assessment and mapping of heavy rain risks and is addressed to expert advisors, planners and engineers as well as authorities in the city administration. The guideline considers a combination of pluvial (slope water and flooding events from the sewer system) and fluvial flooding (flooding through rivers). A 3-step approach (preliminary investigation, in-depth analysis, risk analysis) is presented and demonstrated by means of a case example.

The toolkit aims to support institutions in charge for emergency response management. It provides a manual how to develop an action plan for heavy rain events. Different questions and tasks help the user to gain an understanding of the hazardous situation and to plan appropriate measures. Beyond this, the user is supported by a comprehensive collection of templates, such as checklists and a template for an emergency response plan.

We use cookies to give you the best possible experience on our website. You can learn more about which cookies we use or disable them under preferences.

This website uses cookies so that we can provide you with the best possible user experience. Cookie information is stored in your browser and performs functions such as recognizing you when you return to our site.

The cookies store and transfer the following information: Language settings.

Absolutely necessary cookies should be activated at all times so that we can save your settings for the cookie preferences and language settings.

If you deactivate this cookie, we cannot save the settings. This means that every time you visit this website you will have to enable or disable cookies again.