Our story from UPPER AUSTRIA, AUSTRIA

The Environment Agency Austria as project partner together with the Office of the Upper Austrian Provincial Government as Associated Partner have entered into a cooperation in the RAINMAN project, in order to test and assess different methods for risk assessment and mapping, and to test effects of different possible technical protection measures in specific pilot areas. The approaches, findings and lessons learned were strongly guided by administrative practice, and were elaborated in close cooperation with up-to-date scientific expertise. 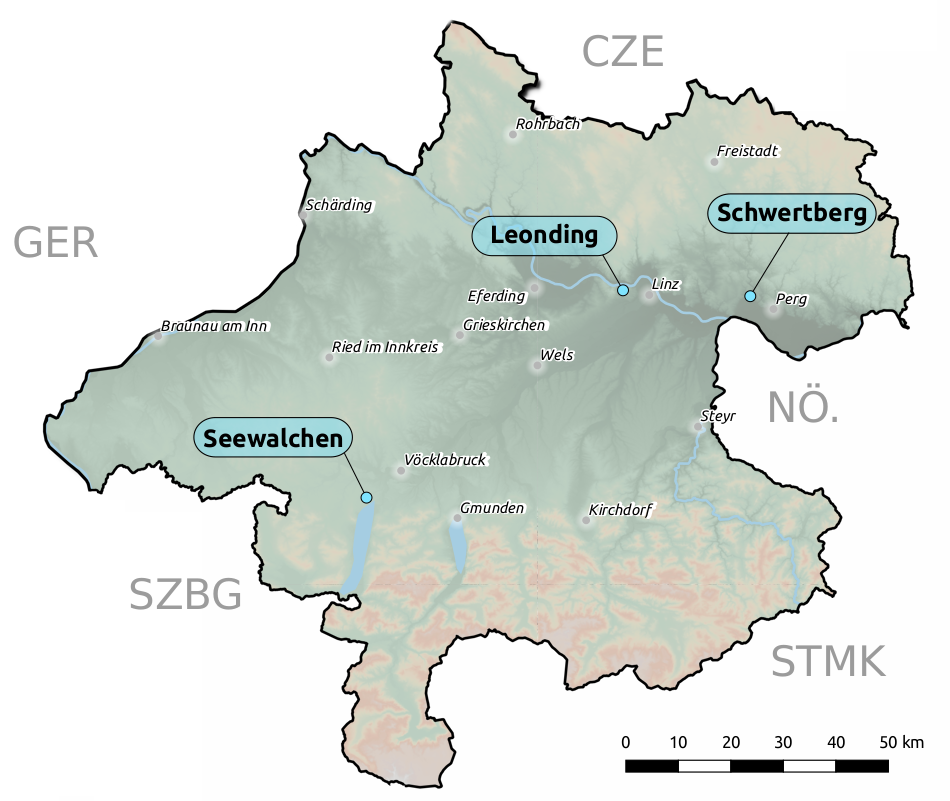 With almost 12,000 km² Upper Austria is the fourth biggest federal state of Austria, and with its 1.5 million inhabitants, it is the third biggest one regarding Austria’s population. Upper Austria is separated by the Danube River, which flows from East to West; in the northern part of the Danube lies the mountainous and hilly landscape of the Muehlviertel, southern of the Danube lies the Alpine foreland and further south follow the rising limestone Alps.

The climate is mostly Central European transitional, characterized by oceanic and continental influences. The average annual precipitation amounts to 1,150 mm, with strong regional differences from less than 800 mm in the Bohemian Mass up to 1,600 to 1,800 mm in the Alps.

Upper Austria has almost 50 % agricultural areas, and almost 40 % forestry areas. Built up areas cover 7 % of the land, and more than 60 % of the population live in comparably rural municipalities with only up to 7,500 inhabitants.

The annual precipitation in Upper Austria is slightly higher than the Austrian long-term average of 1,020 mm. In eight out of the past ten years there was either too much or too little overall precipitation. Heavy rain events occur preferably during the summer months, e.g. in July 2010, in June 2013 with more than 280 mm over four days in the southern parts, and in July 2014 in Schaerding with 125 mm. In May and July 2016 the monthly precipitation was 200 %, respectively 150 % of the monthly mean value. And last year (2019), 170 % of the monthly average fell already in March.

Heavy rain events lead to significant damages, especially in agricultural areas and in rural settlement areas. Records from the Austrian Hail Insurance report heavy rain damages on farmlands, fruit plantations and pastures, e.g. in July 2019 with 1 million EUR damage on 2,300 ha land, and in July 2016 with 1.7 million EUR damage on 8,000 ha land. Settlement areas below intensively used agricultural areas have also suffered considerable damages, e.g. in Poneggen/Schwertberg in June 2011 and in July 2016, when 42 mm rain fell in 45 min, or in Kraims/Seewalchen, where a hailstorm caused local floodings in May 2016, or in Leonding, where 50 cm flooding was observed in June 2016. With regards to the entire federal state, the number of fire brigade interventions in heavy rain events has increased significantly, and reparation costs have risen considerably. This could indicate a possible increase in the risk of heavy rain.

The regional administration of Upper Austria has recognized that the heavy rain issue requires a coordinated approach and targeted action in order to effectively reduce and mitigate possible damages.

Over the past few years, an internal catalogue for effective mitigation measures for protecting houses and properties and for reducing erosion and surface flow damages from agricultural areas has been elaborated. Further on, efforts were undertaken to increase the heavy rain resilience of future settlement areas by issuing expert opinions to settlement development plans and prescribing mitigation measures.

The field of heavy rain surface flow is comparably new, not only to administrations, but also to technical experts. As hydrodynamic software codes for heavy rain surface flow are still developing, a collection of state of the art risk assessment methods and their potentials and limitations was contributed from RAINMAN to support issuing solid expert opinions as basis for necessary heavy rain risk management decisions from administrations. Additionally, some practical studies on surface flow generations and effects of technical risk mitigation measures have been undertaken.

In the Section BROWSE OUR STORIES you can find short Factsheets describing the experiences made in the studies undertaken. Under DOWNLOAD you can find full technical reports. 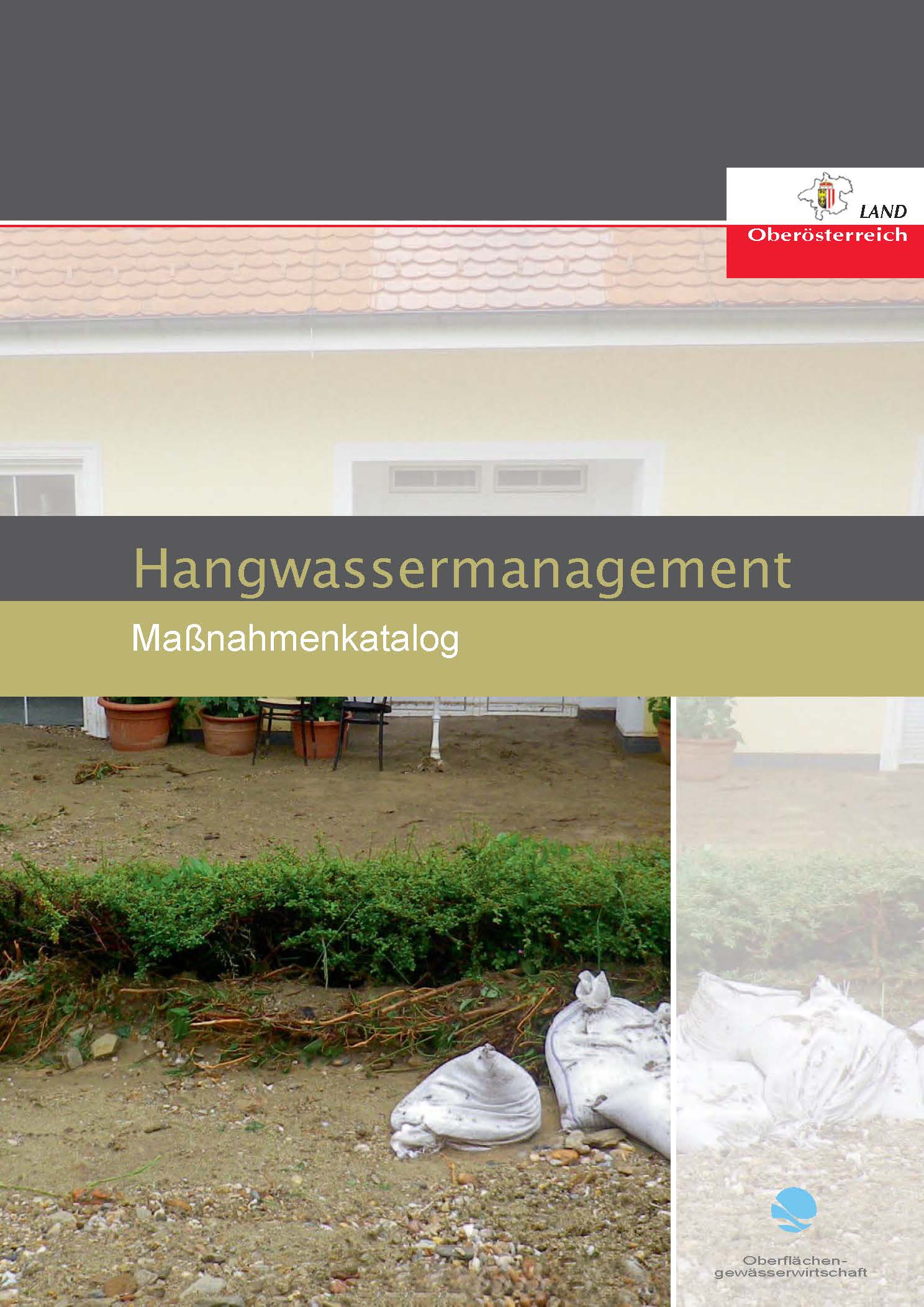 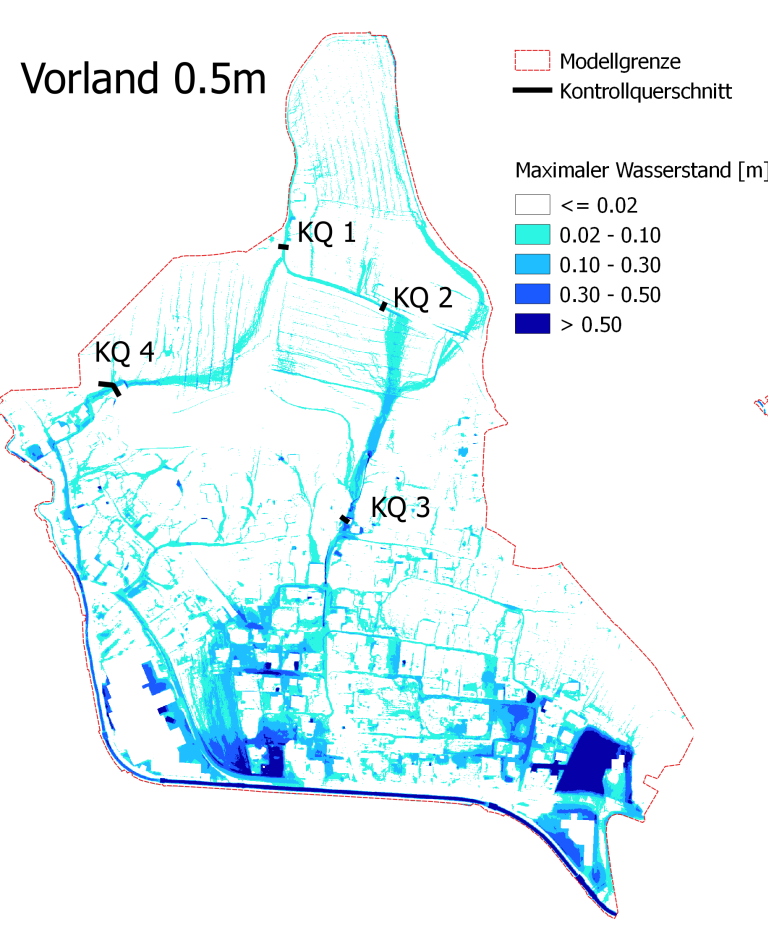 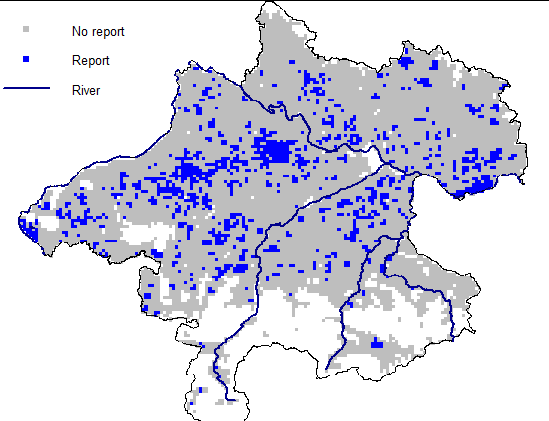 – for rural areas in Upper Austria

This Manual summarizes the findings from the technical report (see below) and provides condensed recommendations for hydrodynamic modelling. It is addressed to contracting authorities and technical experts and it can be used to support good quality tender specifications for good quality modelling decisions.

This technical report contains a state of the art assessment on hydraulic modelling effects of different software packages, using the examples of Schwertberg and Seewalchen. The major part of it deals with modelling effects of geography, buildings, walls, culverts, and surface roughness. Additional contributions address descriptions and findings from in-situ practical studies of heavy rain surface runoff generation experiments in Leonding, and exemplary computer simulation studies on effects of technical risk reduction measures on the surface flow in Seewalchen.
The report aims at substantiating the understanding of contracting authorities and technical experts, in order to enhance informed decision-making for adequate modelling choices and results with sufficient quality.

Institute of Statistics, University of Natural Resources and Life Sciences

Taking Upper Austria as an example, this scientific study investigates the potential of statistical methods to deliver significant relationships between meteorological events, soil and landuse parameters and agricultural damages from heavy rain events. It is addressed to national or regional administrations who are looking for sophisticated heavy rain risk assessment methods and is able to demonstrate potentials and limitations of such statistical methods.

We use cookies to give you the best possible experience on our website. You can learn more about which cookies we use or disable them under preferences.

This website uses cookies so that we can provide you with the best possible user experience. Cookie information is stored in your browser and performs functions such as recognizing you when you return to our site.

The cookies store and transfer the following information: Language settings.

Absolutely necessary cookies should be activated at all times so that we can save your settings for the cookie preferences and language settings.

If you deactivate this cookie, we cannot save the settings. This means that every time you visit this website you will have to enable or disable cookies again.